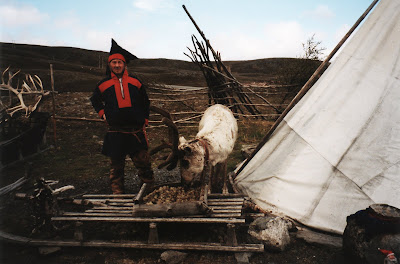 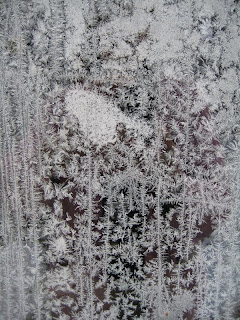 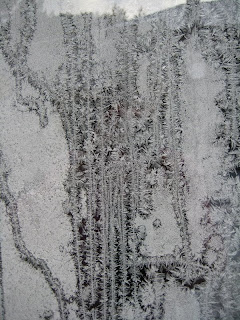 Switch on the news tonight and I'll bet you a pound to a penny that the headlines will be about the disruption caused by snowfalls in various parts of the UK. Pick up tomorrow's paper at the newsagents and the same will be true unless some really earth-shattering event takes place overnight. Yes, I am afraid folks that snow here is always headline news and the news broadcasts are full of people putting on a brave face and sleeping on the floor at Gatwick or some such place before jetting off into the sunshine. And then of course there are the complainers - those who say "the government" should be spending much more on snow clearers, snow sweepers, grit, rock salt, etc., etc.
The truth is that sitting as we do in a direct line of the jet stream and surrounded by water which has warmed up to a degree over the Summer, we are never going to be sure certain of a mild winter or a harsh winter.
When I was small all winters seemed harsh - I doubt that they were but I remember them as such. I remember the inside of my bedroom window being patterned with frost. The two photographs above show our shed door this morning - isn't it pretty?
We didn't have water laid to our house in the village where I grew up, so my jug on the wash stand was filled with water at night. Sometimes, if it was very cold, the water would be frozen - in which case I would wash in the water from my stone hot water bottle, which had been down the bottom of my bed all night and stayed luke warm.
Hardly anyone had a car in our village apart from the doctor, the vicar and our next ddoor neighbour. Everyone used Gelsthorpe's bus to get into Lincoln, our nearest town. If there was snow, Johnny Gelsthorpe would have a few shovels on board and the men on the bus would dig their way out.
Now we seem to expect it all "on a plate." If our government were to spend millions on various machinery for shifting snow you can bet that the next ten winters would be super-mild and the machinery would become obsolete before it became used.
No folks, afraid we have to bite the bullet and make a huge effort to stop this fall of snow becoming the main topic of conversation. Here we have had all of one inch and yet people are still treating it as a catastrophe. The reindeer photograph above was taken on mid-summer's day at the North Cape - way above the Arctic Circle, where they get about a month each year without snow. I wonder if their main topic of conversation during that month is the weather.

POETRY BUS Thank you so much to everyone who responded to this week's poetry bus challenge - there has been a marvellous response and Dominic has kindly made a link list for me. Sad to say that my computer is on go slow and every operation is taking such a long time. The computer doctor is coming in the morning, so later tomorrow I shall publish the link list and also go round and read them all. You are all stars in your own right (write?) so take a gold star each from me.
Posted by The Weaver of Grass at 07:27

You're right! Your weather and the stranded travellers were even mentioned at our dinner table here in Phoenix last night. I suppose my mother being from there had something to do with it.

It's cold and rainy here - no snow yet! I feel for you and I have to say I enjoy your writing immensely. Happy you're on the mend - I've been absent lately - just returned from a 5 day trip to Hawaii (my daughter invited me and how could I say "no"?). Do have a very Merry Christmas!

The UK weather is on our news here as well. Funny, isn't it? The weather is one thing men in suits cannot control and I think it makes them crazy. Folks seem to feel so entitled to good weather. I do think with climate change we are in for some interesting years to come!

We went to Whitby today - it was FREEZING! Never seen it so quiet! Home now - getting warm again by doing our Christmas Cards - what's that you say a tad late? lol!
Keep warm.
Dxx

You are so right Pat - we have all become soft and pampered. The cold is beginning to bite - it has been -7C here today but as far as I am concerned 'Nature rules OK'. I don't cope well with extremes of heat or cold, and that is English extremes! My solution to both is to stay indoors if possible until things get more bearable. Homemade soup is a great comfort right now. Keep warm and safe and thankyou for driving the bus for us this week.

I know what you mean but I'm not sure I wholeheartedly agree with you Weaver! Our world is a very different place to the one you and I grew up in. It was slower and simpler and everyone's expectations were lower. Many women didn't work; families lived within a few streets of each other and worked not much further away but now people travel miles daily (sometimes hundreds). I'm not desperately worried for folks who can't get away for a holiday but I don't believe that the authorities can tell us all to make only essential journeys while employers say no-one will be paid if they don't turn up for work. The country should not grind to a halt because it snows. Sermon over!

Snow in West Virginia again too, Pat, but here I am, at work as usual. It doesn't have to stop us, just slow us down a bit. And when else can we feel completely guilt-free about drinking hot chocolate?

Yes times have changed! The patterns of frost are very pretty - looks like abstract paintings:)

Oh Weaver, I couldn't agree more. I am so intrigued by the way really main roads (and motorways) get blocked these days by a bit of snow. Modern vehicles, or have people forgotten how to drive?

Saying that I've been lighting the fire every morning at 9am, as it really is bloody nippy!

Pat, I couldn't stress enough how much I agree with you.

I've walked across Spain three times in the depths of winter - trips which included two crossings of the Pyrenees. Though these trips were at times challenging, I wouldn't have changed them for the world. The humble accommodation was often cold and spartan. Sometimes with no heating at all. But the fascinating walkers and pilgrims I met had other things to talk about as well as the weather.

Air travel disruption is all in the news today. At least it's not because of an unpredictable volcano - oh, weather is predictable? (Grin). Here on the other side of the pond (Montreal area) it's about normal for this time of year. ATB!

I've lived in three different homes that had no hot water and I must say, I'd much rather have it than not! Boiling water on the stove for a warm sponge bath on a cold, windy night was okay in my twenties, but now, give me a nice hot shower instead!

Wishing you a wonderful Christmas celebration with your loved ones, Weaver, and much health and happiness in the new year. Your blog is one of my favorite stops.

I loved hearing about your childhood experiences with the weather, Pat. They do seem to put things in perspective.

We are 10 degrees higher than we should be and it has been quite fabulous. Our weather today was 72 and sunny 45 cloudy at night. All we talk about is will the Winter rain/snow come next month. Rain maybe in the next few days we are hopeful and happy.
I love your frost photos of your shed door. Beautiful !
Have your new chickens settled in ?

I may be late, but I've rune for the bus anyway, here
http://pens-poems.blogspot.com/2010/12/starlight-express.html

People just can't get enough of the weather, can they. Last Friday they stopped school bus service here because _Monday's_ weather report said there *might* be snow. There wasn't, but the busses still stayed in their garages. And those poor, poor Parisians! Ankle-deep! Seven years in Minneapolis (about 12 feet total per winter) can really recalibrate the wintry attitude. And in San Diego - omg!- there's Rain!

Oh, and I'm on the bus. A bit late, but better than never! http://sciencegirltraveler.blogspot.com/

Good to read all your comments - mostly agreeing although the odd disagreement - and yes, Derrick I do think you have a point. According to the Times the weather will change immediately after Christmas - keep your fingers crossed (and everything else too).

Frankly, it leaves me bewildered at the ranting at the government. On the continent you fit your winter tyres and move on regardless. Only Icy conditions or extremely heavy snowfalls call for heavy machinery. In N.America individual householders often have a small snow-blower to clear their driveways. Otherwise, a shovel keeps you beautifully fir and warm. 3' of snow in many areas is more the norm than the exception.
In Australia you are not allowed into the snow covered alpine areas in winter unless you carry chains for your wheels. It seems we have become pansies in many ways, expecting to be constantly bottle fed.

Happy Christmas to you and your's Pat.
I do hope your health problems have righted themselves.

weaver i really appreciate the beautiful shots of the door etched with frost!!! wow!!! enjoy the snow!!! steven

I do think we seem to expect others to sort things out for us Pat! We have winter tyres on here and are fine. Where we live you need to take responsibility for your own travel arrangements so we do!
Hope you have a good and warm Christmas!