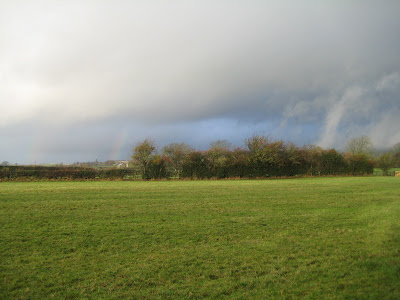 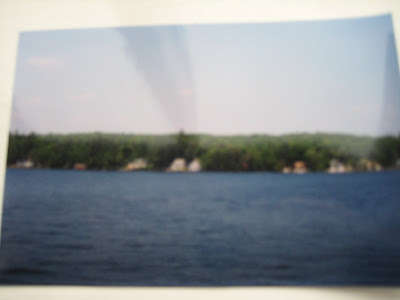 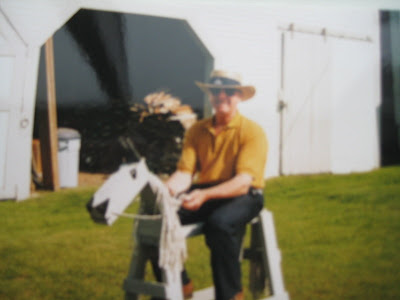 Yesterday was our poetry afternoon - one of my favourite afternoons in the month, when eight or nine of us meet together in each other's houses and read our favourite poetry out loud (the best way to read poetry) and talk about it - about the poet, his or her life; about the construction of the poem; about memories it triggers in us. My choices yesterday were - Frances Horovitz's "Rain - Birdoswald"; Shakespeare's Sonnet 73 (That time of year thou mayst in me behold); Yeats's "The song of Wandering Aengus" (have you listened to Christy Moore singing it? fantastic) and a few others.
Sheila read Larkin's Whitsun Weddings. I have not heard it read aloud for some years - it had lost none of its resonance, and my goodness me, what memories it brought out.

Today - see the photograph above - sees sun, rain, black cloud, wind, a rainbow, thick mist - all at the same time. It is not a day for going out (although I am going out to lunch as it happens) - it is one of those days when, if I were staying indoors, I would get out one of the photograph albums and I would leaf through it, remembering a particular holiday. Golden moments. I show you two above. Both were on a holiday which started in Canada (my favourite country) and ended in New England. The first photograph is of the farmer sitting on a wooden horse and wearing the cowboy hat he has just bought (the hat hangs on our bedroom wall) and was taken on a farm in Canterbury; the second is of a boat trip across Lake Winnepessaukee (On Golden Pond). Sorry it is a bit hazy but the boat was moving and after all this is a hazy memory!

But back to the poetry afternoon. Larkin brought out such memories amongst us ladies of a certain age about our own weddings back in the days when hardly anyone had a car and most honeymoons started at the railway station with wedding guests coming to wave us off. If you haven't read Larkin's Whitsun Weddings lately - do have another look at it. I think it is one of his very best poems. And who knows what memories it might evoke in you.

Probably my most golden memory of all was not caught on camera - sadly - but it goes back to around 1974 ish. There was a gas strike in the UK and the heating was off in the school where I taught. The children were excluded but staff went in and had endless discussions etc. in the staff room. Because of this I was able to take a day off. At 11am. I collected my son from school and drove to the railway station where we boarded a train for London. We were going to the Royal Festival Hall to see Karl Heinz Stockhausen conduct the first performance of his piece Ylem. Stockhausen had long been Dominic's idol. I didn't tell him where we were going until the last minute. For us both it was a magical day.

During the performance Stockhausen left off conducting the several groups of players spaced around the hall, came into the audience and sat directly in front of us - we could have touched him. Dominic later read music at University and saw and heard many conductors over that time, notably Sir Michael Tippett, another of his heroes. But I know that, like me, that stolen day rates very highly for him as a stolen moment too.

Do you have a golden moment you can share with us?
Posted by The Weaver of Grass at 01:40

Hey-ho! I love to hear of your poetry group. I would be there, if I could.

I really need to think about this Pat, but one golden moment springs to mind. About 25yrs ago we were on holiday in Guernsey. A daughter was house-sitting and I was expecting C&G exam results and had told her she could open the envelope and phone to give me the news. Never having been very academic I was nervous but on returning to our hotel after a day out, the receptionist called to me and said: 'There is a message for you from your daughter. You have passed your exam with distinction'. Glad to know you are getting down to work! Good luck with the book.

I have a lot of golden moments, but I can't remember which one was the greatest. I also need my photobooks to relive the past.

Many years ago I had a golden moment out in the sticks in Canada when I was invited to become a sheriff's deputy. This job would have involved driving the local fire engine and the local police car.
When I asked what had happened to the last guy in the job I was told that he'd unfortunately been gunned down when he turned up at a bank robbery.
I didn't take up the job offer although it was extremely well paid. But there was another reason, the sherrif had to stand for re-election and I couldn't face the prospect, if he lost, of being ousted along with him.
It was a golden moment because I returned home to the UK shortly afterwards and as you can tell here I am to tell the tale. It was just after the time of the FLQ unrest that I was there (Quebec) but I enjoyed the L'Escargot, although I wouldn't eat them today.

Lovely memories. I'd need to think about my most treasured golden moments because I try to find a little gold in every day. Being met off a train last week by my lovely Kevin racing down the platform, arms wide to give me a hug. That was pure gold!

Thank you for the comments - Golden Days - may you all have plenty of those.