Coming to a bird table near you! 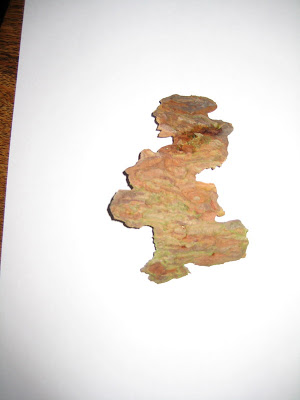 We have a bird table just outside our kitchen window. We spend a small fortune on sunflower hearts (without husks, as the husks make such a mess), mixed seeds, fat balls and peanuts. As a result of this, and of the fact that it has such good cover close by so that the birds can nip into the rhododendrons quickly if the sparrow hawk comes, we get a huge variety of bird life. Nothing rare but most days we get chaffinch, greenfinch, tree sparrow, hedge sparrow, robin, blackbird, coal tit, great tit, blue tit, long-tailed tit (sometimes), yellow hammer, collared dove and greater-spotted woodpecker. Quite often we have as many as twenty four chaffinch.
But it is the greater-spotted woodpecker who causes us the most pleasure. It is a he as he has a red nape. His arrival always follows the same pattern. First of all he lands on a pine tree trunk, looks around, then nips across to the shaft of the bird table and goes up and down that several times, finally landing on the peanuts.
Everything moves out of his way! It is a perfect example of the pecking order. When he has had his fill of nuts (and you can almost visibly see them going down as he eats them) he looks around for deserts and zips back to the Scots Pines to travel up and down the trunk, searching under the bark for juicy grubs. Bits of bark come flying through the air as he rips them off in his search.
Some time ago I put a gremlin shaped piece of bark on my blog - how clever of the woodpecker to peck off a gremlin, I said. Pat suggested it was a Hamish McTavish - and once the suggestion had been put in my head I could see the wee Scots fellow.
Well- now I want you to suspend belief for a while - that woodpecker
has been even more clever, because this time he has pecked off a map of Britain (no Northern Ireland, sorry).
OK - so I know there is no Severn Estuary, no Solway Firth, to name but two omissions.I don't expect he has travelled all that far, But it is Christmas - wrapping presents, making mince pies, icing cakes,
stuffing the turkey - need I go on? I like to put something on my blog every day if I can, and I have had this map sitting in my photo album for three weeks, waiting for the right occasion. And this is it. Done, dusted - will get back to mince pies now. Happy Christmas!
Posted by The Weaver of Grass at 02:14

I think you may annoy the Scots here, Pat, as Scotland seems a little...can one say...TRUNKated!

Oh, well, never mind - you did say it was the silly, Christmas season...

I thought it looked more like Scotland, meself, but that will probably annoy everyone!

My God, you are right, Barbara! That's Scotland to a tee! Either that or a pregnant Chris Townsend.

Am less worried about a truncated Scotland than about the complete absence of the humber estuary Solitary Walker! Still, you can't expect a g.s. woody to be super intelligent, can you?

Barbara and Robert - please feel free to carry on your discussion about Soctland - but don't involve me. Signed Woody Woodpecker.

I've tried to find a piece of Africa in there somewhere but no it's definitely Scotland :-)
We'v been enjoying our birds today too, especially the sunbirds. Happy mince pie baking, Weaver.

To be frank, although I love the Humber estuary LOTS (all those birds)I'm missing most of all the complete absence of Cornwall.

But, ok, grassweaver, I take your point - woodpeckers probably not as intelligent as crows.

Another lovely post Weaver. We like to feed the birds too but have never had a yellowhammer and only rarely a woodpecker. I may not be able to post this comment as the Severn Estuary has been discarded from your piece of bark and that could mean I no longer exist! Part of our entertainment comes from watching the squirrels and their antics. I know some regard them as vermin but they are very amusing.

I have come here from Mr. Travis Ervin's blog. I have read some of your posts. I would revisit for reading more literature from you.

If you like short stories and paintings, then a short visit to my blogs wold be an entertaining one.

Will keep you all posted as to what woody decides to craft next!

The phenomenon of seeing faces, etc., in things is called pareidolia, apparently. Baugustine's Other Blog has had a lot about it recently ("The Ghost in the Underwear"). The word pareidolia repays a quick google: there's even a flickr photostream devoted to it.

And another thing. The whole business reminds me of a famous quote from Hamlet:

The Weaver of Grass
I am a farmer's wife living on the Eastern edge of The Yorkshire Dales with my husband and a young border terrier..