Oh dear, Boris has gone and blotted his Copy Book again.   I don't suppose it will make any difference at all to the outcome of the vote as all those eligible to vote seem to be middle class, middle aged and men.   So let's forget about Politics as unless we are a member of the Conservative Party we can do nothing about it.   Let's think about Gardening instead.

I bought some plants yesterday and my Gardener kindly nipped round this morning and put them in for me as my garden is too steep for me to go on anything other than the lowest level.   Now they are in and watered well.   There is a sudden lull in colour.  It always happens this time of year.   The early Spring stuff (a lot of it yellow or  blue) has finished and gone to seed (leave it to seed and see what you get!) and the bedding and most of the perennials are only just coming into flower.   Things like my Shasta Daisies, my Lupins, are just beginning to flower so wait a week or two and then I will put a photograph on to show progress.   Because of the Mares Tail weed of course there is a whole area not yet planted - my Gardener has enough for one more application of the very expensive specialised killer and he will put it on in about a month.  After that we have decided to plant the area up with shrubs and ground cover and just keep working on the dreaded weed by cutting each stem off at ground level as instructed on the weed killer tin.

But two plants have excelled themselves.   One is a Perennial Wallflower - not a particularly exciting colour, especially now it has begun to fade, but it has been in flower for months and boy does it attract the bees.   I intended to give it a sharp prune today but when I went up to it it was still covered in bees so it stays.   The other - and again covered in bees - is a French Lavender.  The Perennial Wallflower is a very short-lived plant anyway.

I bought nine different pinks as little plug plants.   They have now been in a prepared bed for about three weeks and seem to be doing well.   Hopefully they will come into their own next year.

I find Gardening very therapeutic - I am not all that good at the planning and starting this garden almost from scratch  and with a framework I may well not have chosen has not been easy.   But it has kept my mind occupied.   I have quite a big Patio area which needs some work doing on it as the subsoil has sunk in places causing the crazy paving to crack and lift slightly.   As water runs aross this area from the field above (only a trickle)
it will need some serious thinking about.   It only happens when there is a huge downpour and it happens to many of the houses on the road.

Any minute now H, Tess's friend will ring the bell as she has just rung to ask if she can take Tess for a walk.   Need she ask?   Tess went insane at hearing her voice on the phone! 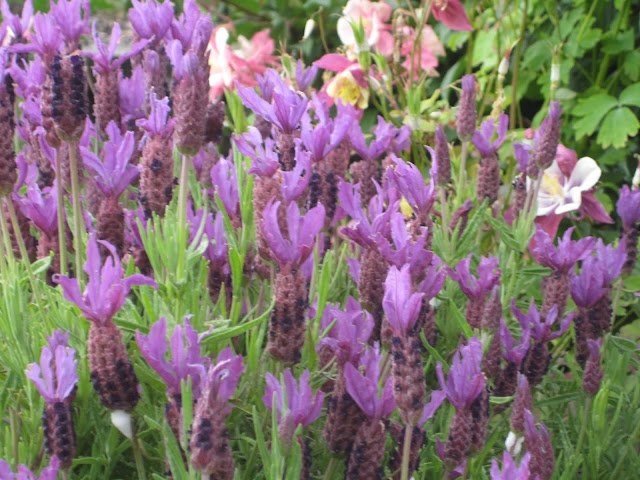 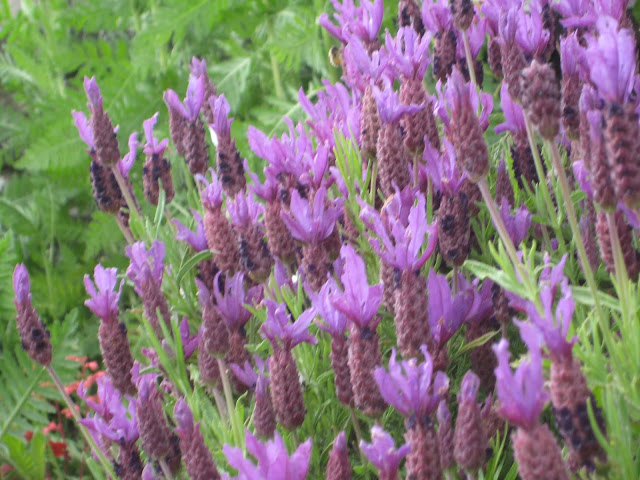 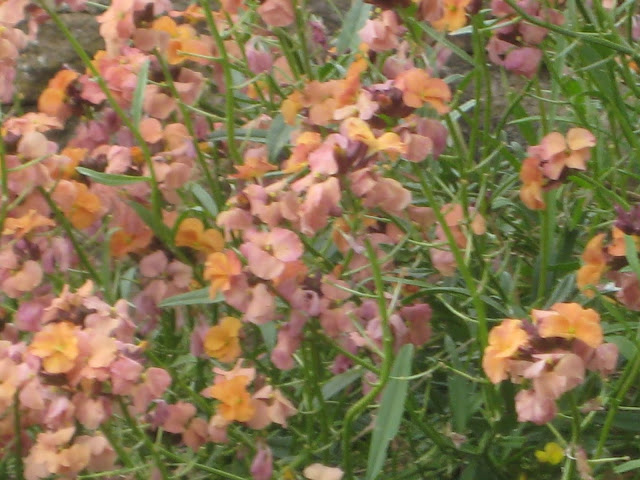 How do you know what Boris has done?

If reports are correct, Boris had an argument with his girlfriend, we've all done it at some time. Hardly blotting his copy book and nobody would of known about it if a neighbour hadn't recorded it and given it to the Guardian. I wonder if she gave it for no reward?

Yes, now that the Spring flowers are gone our garden is currently just different shades of green. There is only the last of the peony blooms left until the roses come into flower. Good luck with the pinks. I love them and wish we still had ours but they didn't flourish for some reason.

What lovely delicate colors your plants have! I bought three African Violets in shades of purple to set on my kitchen window sill when I was thirsting for color this spring.

Did you see Carol Klein's "Great British Gardens" on Tuesday on Channel 5. The garden that she visited, in Sussex, was absolutely stunning.

Your flowers are beautiful!

Hi Pat, It was on our news about BoJo's domestic bliss. Also saw a report of it on Al Jazeera TV. I thought he looked confused when trying to dodge the questions. Didn't he say recently he used to sniff icing sugar? I hope he hasn't started again.

I always found the transition from spring to summer in my garden was a difficult time. Your French Lavender is gorgeous and the Perpetual Wallflower is such a lovely addition to a garden. I had the lavender and coral version. My English Lavender is looking settled and plumping up nicely. It was only planted last year. I put two plants in the little strip of soil under my windows.
I didn't have much success with lupins when I had a garden but I do love them. They fell prey to slugs and woolly aphids so I stopped growing them. I hope this weather continues so that you can enjoy your garden to the full.

True or not, I think Boris will always be Boris. I get the impression that his girlfriend is trying to change/tame him. Good Luck with that!

I really do think Boris is unchangeable - and how do I know what he has done Rachel - I didn't say what he had done, just that he had blotted his copy book, which he has because when they began their tour the questions began to come in and he cleverly - and rightly - side stepped it but didn't deny it which I am sure he would have done were there not some truth in what ever he was supposed to have done. Tiff I think.

Thanks for your comments

It is lovely, how one color slips into another. I'm missing that this year, I see.

I dead headed roses yesterday, and admired the lavenders which are just coming into flower.
One of the delights at the moment is the sight and sound of dozens of bees. My friend said that on an ornamental thistle she had four different types of bee.

Grey, breezy day in Surrey today and no where near as warm as it was forecast to be. Quite disappointed to be honest.

I do wish people would refer to Boris Johnson as 'Boris Johnson' or 'Johnson' and stop calling him 'Boris' or 'Bojo'. It makes him sound like a jolly, affable, almost cuddly character. Whatever he is, he is none of those things.

However - you're right. Enough! Today we went to the garden centre and bought some bedding plants, potted some others and mowed the lawn.