No, don't listen for any bugles - I mean this is the last post I shall write before I have to go to the Polling Station and cast my vote tomorrow.   And I have no more idea of who to vote for now than I had at the start of the campaign.   As all the Party Leaders were buzzing around like blue-*****-flies yesterday, getting their responses wrong, slurring their words, generally looking exhausted (which I am sure they all are) - Nick Clegg even managed to travel all the way from Land's End to John O'Groats - I found them all totally unconvincing, I suspected lies from all of them on one issue or another, and my brain just seized up.

Yes I shall go and put something on my Ballot Paper - but how I feel at the moment it might well be 'I don't wish to vote for any of them' written across the top of the paper, making sure I don't get anywhere near a voting square.   And the possibility of the  whole thing being so indecisive that we have to have another election before Christmas just doesn't bear thinking about.

Meanwhile, everything here carries on as normal. The flowers continue to come out slowly in the garden, the weather is unseasonably cold, we have had well over two inches of rain this week, my exercise class has just finished and I am pretty much exhausted, but I did enjoy it tremendously.   So until tomorrow, relax, put your feet up and totally forget that there is an election tomorrow. 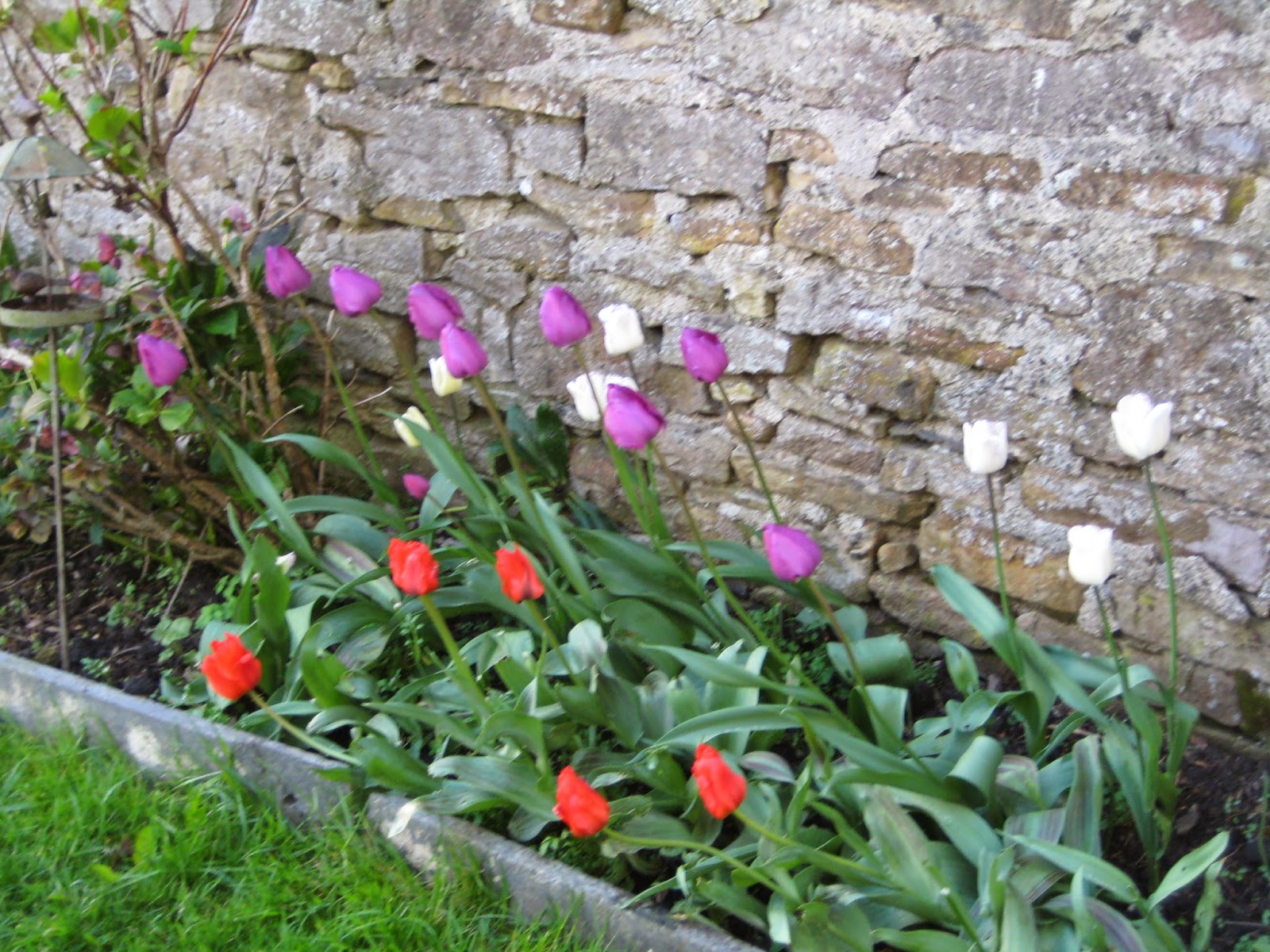 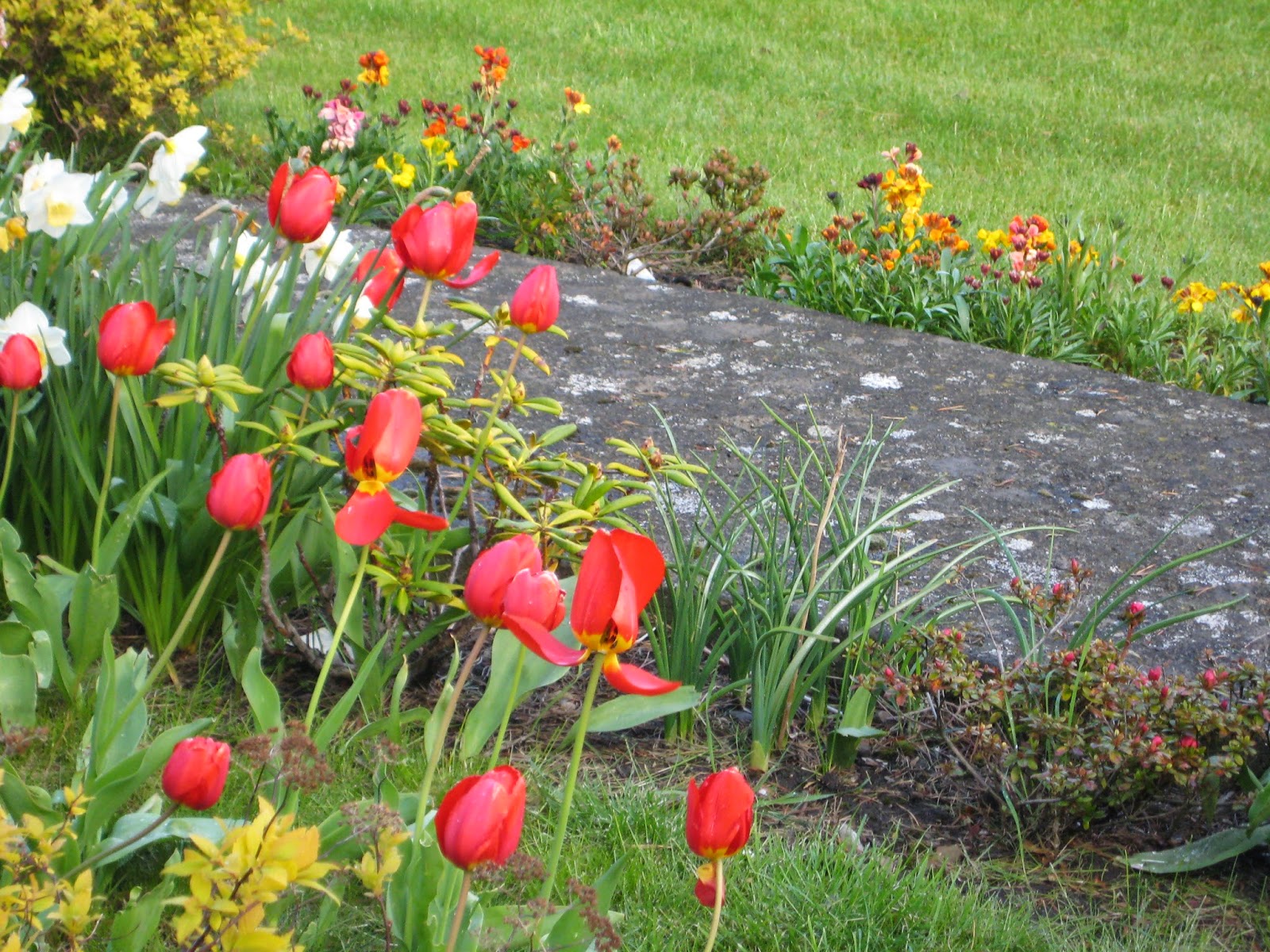 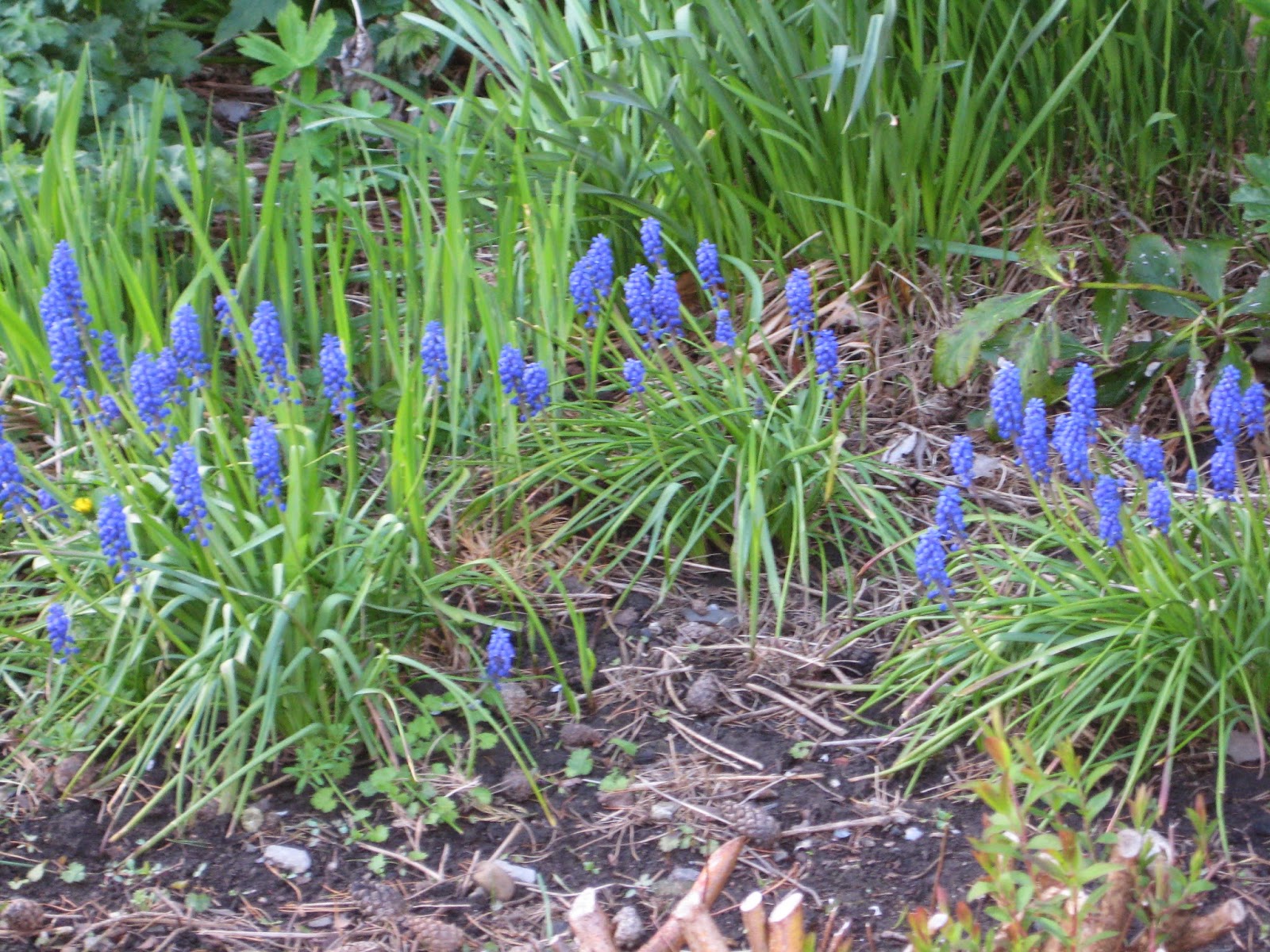 I am not surprised by your reaction to the politicians Pat, for I was talking to my daughter earlier who lives in Warwickshire and she is totally nonplussed as to who to give her vote.

Those purple tulips are pretty! :)

I think we all feel the same. I am beginning to think, does it really matter who gets in? Some of us will be disappointed, some of us will be pleased, and we will all still complain about the state of things. However, the world will still go on turning whatever the outcome.

Phew just read your title on my blog.....had a mini panic attack

I thought you meant you were going on holiday. Don't forget to tell me when it is.

That's what elections are all about: life goes on.

I think it could be quite an interesting election ... a close call, with people still not knowing how they will vote just hours before the election.
Lovely tulips by the way.

More and more I find myself voting against someone or something as opposed to for something.

Weave, may I suggest you vote for whoever fills you with the least horror. Personally I had no difficulty!

At least you get to vote for a candidate, an actual real life person as such. Here in Austria people vote for lists full of meaningless names and then they carefully fold in four the large sheet and place in sealed brown envelope and then in a box called an urn. The three main parties are called SPÖ, ÖVP, FPÖ,
- the Ö stands for Österreich (that's what Austrians call Austria) It leads me to think they have to have the Ö to remind them which country they live in. i.e. that they live Austria and not Germany.

Postal voted a week ago for a minor party, don't care how much chaos I cause. ;)

Well, the tulips are splendid anyway!
People here in the US expect me to be an expert on the British election.
Well, I'm not and feel as you do based on much less information.
Just be grateful you do not have 2 years of it!

My vote was cast, but I agree there should be a "none of the above or reopen nominations" box

Ah yes, but as someone pointed out to me, if there was a 'none of the above' box then an embarrassingly large number of people would put their cross in that box...and the political egos couldn't handle that.