Mining Lead in the Dales. 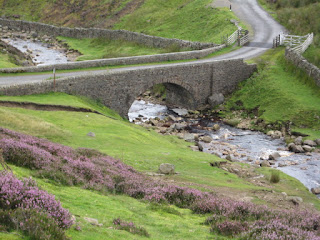 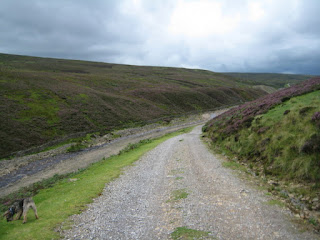 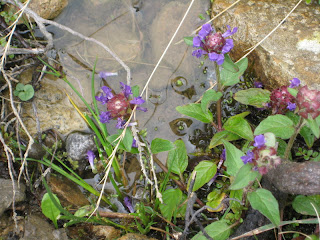 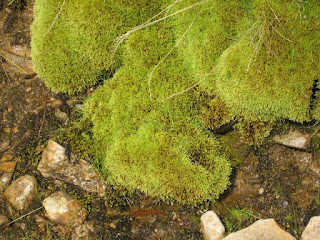 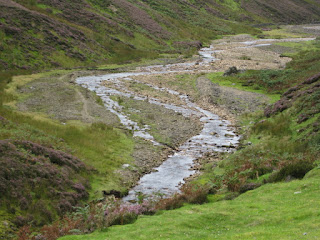 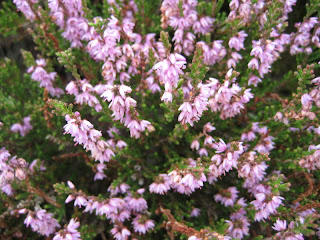 Lead mining used to be one of the main industries in the Dales and evidence of many of the mines still remains - spoil heaps, remains of chimneys and buildings - and they are always in spots which are really so picturesque now.

But conditions for those miners through the centuries must have been appalling. Men lived in pooraccommodation, usually miles from civilisation, worked long hours in cold and wet conditions and earned a pittance.

At the early part of the twentieth century the mines closed when it suddenly became cheaper to import lead from Europe and many miners were left penniless, workless and virtually homeless.
The young, strong men often managed to get their meagre possessions to Liverpool where they set sail for America and what they hoped would be a better life. (There are parts of the States where Yorkshire names remain as a link - e.g. Richmond), others stayed behind and of course many of them would lose their lives in the Great War. As it has always been throughout history - the poor are expendable.

Yesterday afternoon we decided to have a drive to Surrender Bridge and walk along the track to the remains of the Sir Francis mine. The afternoon was glorious; the heather was out; the grouse were calling from the sides of the track and Tess was in her element. She was on the lead as we passed an ominous sign which said "Please keep tight control of children and pets as venomous snakes are active at this time of the year."

Sadly we never reached the mine workings as great black clouds threatened and we only just got back to the car before it rained. But it was a lovely walk and the beauty somehow intensified the feeling of what awful lives these men must have lead.

The stream in the valley bottom was so pretty and there were mosses and wild flowers growing along its banks. But its remoteness of course seems just an attraction in these days of cars. This would not have been so when walking out of the area meant a walk of maybe fifteen miles to get to Richmond, the nearest town.

I wonder what people will be visiting of ours in two hundred years time and marvelling at our old ways.

On a similar subject, there was a brilliant programme on BBC2 last night about a ferryman from the Thames spending a week with a ferryman in Dhaka in Bangladesh - in conditions so indescribable and with a lavatory (if you could call it that) shared by forty people. The dignity and friendliness of the family he stayed with was humbling.

Not far from here in the Mendip hills, you can see larch pits where the Romans mined Galena too - heavy metals from beauty spots!

And of course Dartmoor was mined for tin, copper, silver and lead. All the wild places we love now must have looked very much different in those times. Picteuresque in summer but a different matter when you are eking a living in the depths of winter and towns for provisions so far distant.

I am glad that you had an enjoyable walk and reached the car before the heavens opened.

We are having one of those "there was no possibility of a walk that day" days here so I am baking!

That scenery is so rugged and beautiful - hopefully it's remoteness will preserve it - but the working conditions there must have been indescribably tough. What a soft life so many of us have today, and still we complain.

You forgot to mention the ones who lost their lives in collapsed workings and those who met an early end through lead poisoning. But I agree: the old workings are picturesque places for a wander.

Wasn't it a great program and I'm so glad the couple got their two cows. Humbling indeed that their lives were so transformed by something so small and that it had been so totally out of their reach previously. That lavatory WAS pits.

Lovely pictures of the valley and flowers - thank you.

Yes, those miners had very difficult lives, and I think very unhealthy too.We saw in Cornwall abandoned tinmines. Daphne du Maurier wrote about a coppermine. In Wales we saw abandoned leadmines and slatemines. All very interesting and impressive.Once a Cornishman asked me to translate a leaflet about tinmines from English into Dutch, which was not easy as the main part was very technical. You are right the mines are always situated in beautiful, rural surroundings.

The settlers who came out to South Africa also named a little village, Richmond. It is a farming area near to us. It is sobering to think of the hardship these poor miners endured.

What a peaceful place. I hope the hard working men of long ago took some solace from the streamside flowers and the heather covered moors as they walked by.

Both you and Pat wrote today about programs you watched on TV and both sound so interesting.
One of your commentators, Em, watched the same program and mentioned the cows the family got and how it transformed their life.
My family supports The Ark program that gives animals to families in need who then share/sell the eggs, milk, calves with another family in need. They in turn share. Even trees !

There is a sadness about those old mine workings in their remote settings.

thats interesting Pat
on our village census of 1991 we had several lead miners living here!

Interesting that some of the lead miners went to South Africa too - I imagine they would travel steerage, so the journey would be awful too - what suffering the poor went through in those days - and still do in many parts of the world. Thanks for adding your comment to the debate.

What a beautiful area, Weaver - your pictures are lovely!