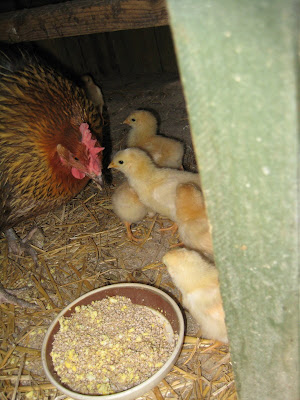 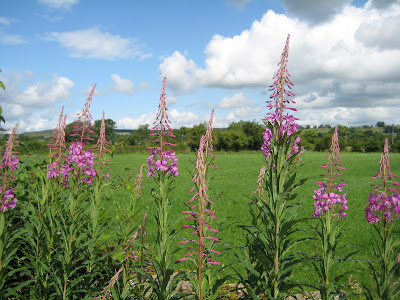 Our lane is sporting its full summer clothing; grasses have all gone to seed, elderflowers cover the bushes and some of the trees have wild roses growing high into the branches.

But without a doubt, the plant which is the most common is the Rosebay Willowherb (epilobioum). In the early nineteen hundreds this plant was quite rare in the UK and was much prized in Victorian herbaceous borders. But it is a sturdy grower and produced a huge number of seeds so inevitably it wasn't long before it began to colonise hedgerows.

I guess the Rosebay's final downfall came at the end of the Second World War when all the bomb sites in London and throughout Europe became covered in it and it is now found even above the Arctic Circle. So there you have it - it is too common and we don't want it any more.

That is a pity because it supports the caterpillars of the Elephant Hawk Moth and the Froghopper enjoys a munch at its leaves.

Would I plant it in my garden border? Probably not because it would take over, but you have to agree it is a rather pretty plant.

On the chick front - I had another go at taking a photo but Mrs Hen is adamant that I am getting nowhere near them. I love Heather's description (ragged old blogger on my side bar) of the mother hen as "Attila the Hen!"
Posted by The Weaver of Grass at 10:15

If the Rosebay Willowherb, very pretty plant, lived in around my home, it would be devoured in a nano second by all the hungry animals that live here.
One picture I have on my blog someone said, "were are the weeds "? I don't have any because any small green plant is eaten the second it pushes up through the earth.

awwwwwwww the proud Mum and the chicks.... Attila the Hen seems just about right.

I'm sure Rosebay Willowherb is very early this year. 20 or so years back I remember it flowering at the end of August and heralding the end of summer. Love the chicks and Goldie is beautiful too, even if she is bossy. Don't tell her what I said!

Oh, just look at those little chicks. I want to hold one to my cheek!

If you don't want the Rosebay to grow in your garden make sure you catch the 'fairies' before they land. :o)
Goldie is a lovely hen, I wonder if her chicks will be like her?

Rosebay Willow Herb is rarely seen around here. I associate it with Yorkshire summers. A lovely plant.

I remember the Rosebay Willowherb very clearly from all my days in Yorkshire. We did not see as many of them on the coast, but plenty along the road sides a little further inland. On the headland our flowers were mostly Campions and Knapweed and especially gorse. Along Danes Dyke there was plenty of Broom too.

Cute little chicks. Goldie is just trying to be a good Mum.

I love just how careful and motherly hens can be.... they will also fight almost to the death fro their chicks...something I saw recently when Blanche was killed protecting her chick

The chicks are so sweet - and so lucky to have a vigilant mama.

Elephant hawk moth? OK - next year I shall leave it to flower rather than grubbinng it up. Not that there's a shortage of it in the hedgerows round here!

My father (a farmer) has always said that a weed is just a plant growing in the wrong place! And willowherb has become a bit of a pest. We have loads of chalkweed in our garden - it looks pretty when in flower en masse by the side of the road, but is a total nightmare in a flowerbed!

We have it coming up in the (tarmac) lane at the back of us, and in an electric sub-station by the garages. I like it very much, but I don't get a lot of support - but then I like daisies and clover in the lawn, and that's not well supported either.

I can recall the self seeded plants on the Hull to Kings Cross line as you get further south and they look so attractive and clearly they are good for the insects. For me, they are simply a beautiful wild flower.
xx

I think we shall have to form a society for the preservation of Rosebay willowherb - but on second thoughts I don't think it needs any help from anybody. Thanks for the comments.

In the United States we call that tall purple weed Loosestrife. It has spread by the mile in upstate New York along the highways, and looks really beautiful, but it is considered an invasive plant. I too have it in my garden. To keep it under control I pull up the many seedlings that pop up. Sometimes I do replant them in out of the way sections of the garden that need color. Garden centers around here do sell it and landscapers use it a lot in their work.

Here in the Pacific Northwest one variety of the plant is known as Fireweed, probably because it's the first plant to appear after forest fires.

You seldom see it in yards, but people seem to love discovering it in the mountains.