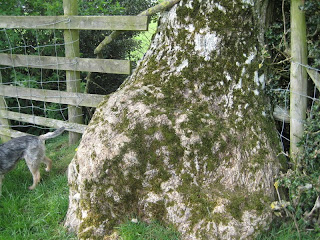 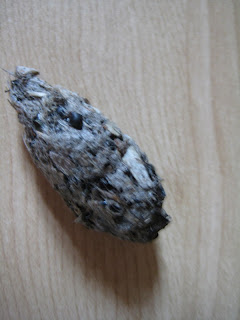 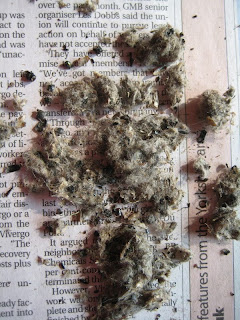 I was a country child and during the long Summer holidays, which always seemed to be hot and sunny, we would go off on our bikes, with our sandwiches and a bottle of water and we would be gone for the day. And where would we go? Often it would be quite near where we lived where there was a river and a lovely hedge tall enough to make dens in. We would make our 'pretend' house and then we would go off exploring, looking in the hedge bottom for violets, peeping quietly into the hawthorn to find birds' nests, climbing trees (we quickly found out which ones were climable). And that was our day - one of simple pleasures out in the fresh air.

I had a close encounter with hedgerows again ten years ago, when we had foot-and-mouth disease here on the farm. One of my jobs was to go round the hedgerows removing every single piece of sheeps' wool - this meant taking secateurs and actually clipping out branches. Then I would put the wool into a bucket, bring it home and the farmer would burn it in case it held the dreaded foot and mouth virus.
But gathering the wool gave me an opportunity to look closely at the hedgerow again and I found violets, cowslips, orchids, nests, all the things I had forgotten about.

This afternoon Tess and I did our walk along the hedge side and I looked again. There is not a single hedge bottom on our farm that is not riddled with rabbit warrens. Often the entrance is wide enough for Tess to get her head and part of her body in and - by golly - her nose works overtime. I noticed that the May blossom (hawthorn) is almost out and that every so often a blackbird flew out - so plenty of nests there. The air was full of blackbird song too.

The hedge side is beginning to attract cowslips again. They do seem to be making a comeback here after disappearing for a few years. Then we came to a lovely,knobbly tree stump which made me smile - as children that would instantly have been utilised as a seat.

Finally we found an owl pellet which I brought home, photographed and dissected. Owls wrap bits of their food which they can't digest into a little ball-like pellet and then regurgitate it. The little bits inside are too small for you to see in the picture I am sorry to say, but there are tiny claws, tiny beaks and what is probably a tiny little skull. When I put the knife into the pellet it kept hitting hard material.

There were violets galore and the crab apple trees are just beginning to show pink. One further down the lane is fully out and shines pink in the distance. The ones in our hedgerow should be fully out in this glorious weather - photograph to follow.
Posted by The Weaver of Grass at 10:42

I love hedgerows too, Weaver - some of them are thousands of years old, eh?

the violets are wonderful this year. So many tucked in everywhere.

It's interesting to investigate the bottom under hedges. We had to look for all kind of weeds and dry them and find out their names.
Thanks for your comment. Yes it's nice to meet bloggers. They are like old friends. And we discussed things we both agreed on.
Have a great Easter weekend, Pat!

What a lovely post Pat - it brought back many childhood memories for me. We had only to hop through the hedge, walk down a field and into a wood. We searched for dead birds, mice, etc., which we brought home and gave a 'proper' burial with due ceremony!! I love all wild flowers but think cowslips are my favourite. Hope you and the farmer have a lovely weekend.

Oh, lovely post Weaver. I did a school project once on hedgerows - I can still see the scrapbook and the cover I drew for it!
Owl pellets - so fascinating.

I noticed thismorning on my way to work that oneof the grass banks by the airport is covered in cowslips. I love them.They are such a delicate yellow.
It's been a long time since I disected an owl pellet- that brought back memories!

Lovely to discover your blog - I am a farmer's daughter and have a rather old Border terrier, so we have something in common!

weaver the hedgerows are magic and rich natural storehouses for so very much. i read about the catastrophic effects of their loss to development and was astonished to learn that it isn't only there unique and immediate vicinity that is affected but regions. wow. i love to read about your childhood. i was an inner city manchester boy so my imaginary world was substantially different!! steven

While working near Cambridge (U.K.) my daily cycle ride took me along some hedgerows. One morning I noticed how many birds tend to fly along hedgerows. There was one evening in the half light of dusk when I was pursued for a mile or so by an owl that I could only hear, not see, quite unnerving. I remembered a story my mother told of a man she knew who was attacked by an owl on Clapham Common in south London.
...Tramp

I was a country child too and, like you, I enjoyed the pleasures of the fresh air.
It is thanks to my Grandma that I know the names of many wild flowers of the hedgerow. She used to walk me around the South Devon lanes , telling me all the names.
Sadly,you just don't see as many wild flowers in the hedgerows as you used to but many are still there if you look closely.
Have a lovely, Easter weekend! ;-)

Seems we all love hedgerows - they are part of our heritage and should be protected.

Hedgerows are wonderful, we've seen more cowslips this year than we have done in recently years

Fascinating as always, from the incontrovertible fact that it never ever rained in our childhoods (my memory, too, is very clear on that)to the ingredients of an owl's pellet. Fabulous stuff!

This post brought back memories of my own trips out with a (glass) lemonade bottle of water with liquorice sticks in it to make it go the colour of beer - I wanted to be seen to be grown up - even at the age of seven!

I, too, find hedgerows to be magical and, like you, I remember using them as my kingdoms during childhood. Happy Easter, Pat, and thanks for such a lovely tour through your hedgerows.

The hedgerow flowers are so pretty here at the moment and the Bluebells are just crashing into bloom, determined to make the most of this sunshine. Down by Whitemill they are amazing. We have owls here (Tawnies) but I have never found any of their pellets. Interesting to see what they've been eating.

The first Campions are out on our bank, and Stitchwort along the lane, and "our" Swallows arrived yesterday and are thinking about setting up house in the cart-shed, as usual.

Thanks for the comments. If you read Bovey Belle#s comment you will realise that the UK might be a small country but there is a wealth of difference between the North and the South when it comes to flowering times. Our bluebells are not even in bud yet here. I understand that for every hundred feet in height you can add two days growing time - and as we are 700 feet above sea level that makes quite a difference.