We are what we read, look at and listen to. 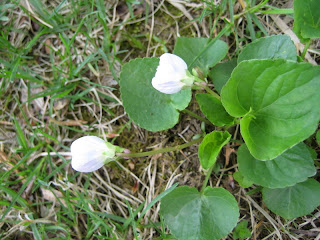 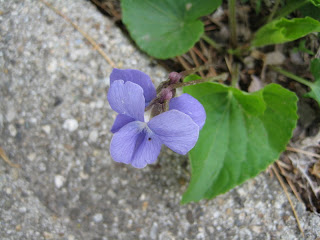 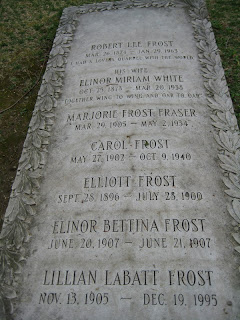 Robert of The Solitary Walker (see my blog list) wrote such an interesting post yesterday. He wrote of the history, landscape and literature and how they continually influence his view of the English Countryside and were the gateways" to his understanding of it. If you haven't already read it, do pop over and have a read - it is such food for thought. It certainly put me in pensive mood for the rest of the day. I do so agree with him.

Had it not been for the birth of the Romantic movement in the mid eighteenth century, which in part was a reaction against The Enlightenment, then I suppose we would not feel like this. That revolt against classicism and all things authoritarian and utiliterian, that movement towards liberty and freedom of creativity has done us all a great service.
It is interesting how in The Cultural Revolution in China, which took place between 1966 and 1969, all such thoughts and freedoms of thinking were stamped on - half a million people were killed in the name of cleansing the country of such liberty of thought. I was in China in 1984 and from the few conversations I had with English speakers the persecution was still very fresh in most peoples' minds.
But here we are lucky. Nobody tries to control our thinking, our creativity, our listening. And certainly for me personally history, landscape and literature have shaped the entire way I live and think. The poet, the writer, the composer, the painter - all those quinessential elements they have added to my way of life - have become a part of this country for me just as much as the flora and fauna.
Elgar (forget Pomp and Circumstance, that is not the real Elgar), Vaughan-Williams, Britten, Delius ARE England for me. "On hearing the First Cuckoo in Spring" is Spring to me. I don't have to be listening to the music, or hearing a cuckoo (pretty rare these days); it just says everything there is to say about Spring, in the same way as Browning's "Home Thoughts from Abroad" and Housman's "Loveliest of Trees the Cherry Now". I know them off by heart and they are an intrinsic part of England just as much as the first Summer swallow is.
And if I stand in the water meadows by Salisbury cathedral, or on the river bank by Flatford Mill - I am in a Constable painting.
I can climb the steps up the tower of Lincoln Cathedral, steps worn and hollowed out over a thousand years, and I am adding my footfall to history, to the passage of time. I am becoming part of it.
Similary in US - going through New England one goes in the company of Robert Frost and Thoreau. Visiting Frost's grave in Old Bennington this year made me realise how deeply his words are ingrained in my thinking. "Something there is that does not love a wall" and "Good fences make good neighbours" says all there is to say in a very few words as far as sheep farming here in the Yorkshire Dales in concerned. And standing looking at the distant Appalachian mountains as few years ago was just like listening to Aaron Copland's "Appalachian Spring."
Yes - thanks to that Romantic movement we can assimilate everything we see, hear and read and make it all a part of ourselves. And when we are gone, our dust will contribute to the whole wonderful world of which we have been a small part.
# The photographs are of Robert Frost's grave in Old Bennington and of two flowers growing by the side of the grave.

A compelling post, Weaver. I, too feel a connection to the land. My great great grandparents homesteaded just over the hill from where I live, and 6 generations of my family's women have knelt in their gardens here, planting, as do I. The world is a much different place now, but the same sun warms our backs and the same breeze cools our faces and I like to think I look ahead into the unknown with the same courage they did.

The Frost family grave stone is beautiful. I'm glad you included it in your visit to the U.S. Now I need to see it! I'm now popping over to Robert's blog...

You have made me realise that I don't think of my experiences with people, places, music and books in this way despite knowing that they all enrich me. I love Copeland's music for example and think of it as quintessentially American, just as Delius and V-W are English. And I love the glory of our history for its richness, not in any nationalistic way. A lovely post, Weaver.

Great post Weaver! What I always thought, is that a country, its people, its language and its culture are unbreakably connected. They influence each other. Great Britain is one of the most interesting countries in the world, because it had been invaded by so many different cultures and peoples. There were the Celts, who were maybe the Aborigines of Britain, then came the Romans, the Saxons, the Vikings and after William the Conqueror, who was a French Viking, a whole lot of French speaking kings. All these people shaped Britain to the nation it is today. It is not strange that English has more words in its language than any other European language,and that has four times the amount of words there are in
the French, German,and Dutch languages.There are a lot of Viking words mixed with the existing Celtic, Latin , French and Saxon words. And yet they have all blended into one English language.

You are a thinker, Weaver,there is not enough thought in the world, only by thinking, can we hope to come within a bull's roar of guessing what 'it's' all about.Think on ,Comrade, think on.

What a lovely, compelling post. I would disagree with you on just one minor point... I think in the US at least, we are constantly being bombarded with messages by the advertising industry that try to control our thinking and change the way we behave -- but you are right of course, this is is free enterprise in action, not the government.

Yes, the composers you mention somehow embody a spirit of Englishness --they tend to make me a bit weepy to be honest.
A really fascinating post.

Very thoughtful words today. And true. I think of Harper Lee's, To Kill A Mockingbird - very imbued with a sense of place and accurate. And how is it that Aaron Copland's music sounds just like America? Strange, that.

You are so right Weaver, and like some of those who have already commented, I 'hear' England in the music of Vaughan Williams and Elgar, and I 'hear' America in Copeland. It is strange to think how many other nationalities have contributed to making us so very English!

How interesting, Weaver, to have the chance to visit Frost's grave. I so enjoy Frost's poetry, and have gained so much from learning about his friendship with the other Dymock Poets, and with Edward Thomas in particular. As for all us bloggers, I feel we also bounce ideas off one another, and I know that I for one am learning so much.

We had a very enjoyable visit to Dymock Church a while ago: there was a lovely Dymock Poet exhibition in the church. I was very close to Steep in Hampshire last week where Edward Thomas lived for a while - alas there was no time to visit, but it's on my hit-list for another occasion!

your sense of elgar, vaughan williams, salisbury draws me close to my english heart which is deeply embedded in a knowing of a time long past and yet contained in beautiful knowings left to us by men and women who had no sense of just how valuable those records would become. i have a deep emtoional connection to england - my home despite having lived her for over forty four years. have a lovely evening in the dale waver. steven

I agree with you, where we are in history, wow what a big difference into how people lived, thought and spoke compared to a few hundred years ago or less. Some ways we're blessed and in some ways I think we should take lessons from the past.

A wonderful thoughtful post. I feel as if I had just attended a wonderful class to renew my little knowledge of poetry, art and music, a cultural geography as it were. I love Edna St. Vincint Millay's "Oh world, I cannot hold thee close enough". but I cannot really say I love a particular piece of poetry or art or music because of the country from which it came. I love Shumann's symphony and almost all of the expressionist painters.

Yes, I am sure these poets, artists and musicians reflect the lands they come from and I too am so glad that we have the freedom to enjoy whatever moves us.

yes it is all bound up so tightly together,

Reading the comments, I have to agree with Leilani, that the media and advertising agencies do try to control our thoughts. i know people who think what the Daily Mail tells them to think.....

A timely reminder of what we owe and some of those to whom we owe it. It was good to hear Frost being given his dues in such a context. Doesn't always happen! Thanks.

Golden West - I love your comment - it just about sums up that wonderful sense of continuity.

Willow - I found the area around Frost's burial place very beautiful - and the congregation in the church there was very welcoming to us.

An exquisite post Weaver. There really are creative threads of verse and music that imbed themselves into the entire fabric of our lives. As you say we assimilate them to such a degree that a note, a shadow, a hue can release such a sense of belonging and knowing. I think I will print out your post, leave it on one of my desks so I can re-read again as the spirit moves - perhaps with some Elgar in the background.

Thank you for the comments. It seems we are all agreed with n=just minor differences. Reader wil mentions Viking names - many of our villages here - Muker, Keld etc. have names from the Vikings.
Sadly we also seem agreed about the media trying hard to make us go their way - but we won't let them win, will we?

All I can say is - keep reading the poetry, listening to the music and looking at the pictures that move you personally. I would love to know exactly what they are and may well do a post asking just that. In the meantime - have a lovely weekend, and if you are involved in TFE's Monday poem - get working on it !

An excellent post Weaver. I enjoy your thoughts/ideas and insights about life.