A Fable for the Modern Age 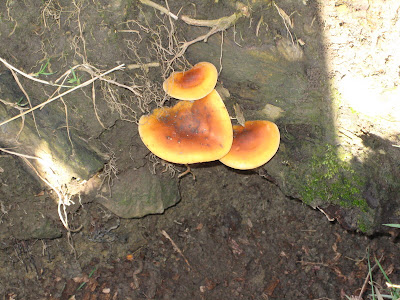 (Or What women seem to want these days).
Rosy Rabbit was a pretty young thing. Her fawn ears were soft and silky and her brown eyes were kind and tender. She was just a teenager and lived with her mother and father in a burrow in the barn meadow. Spring was coming along and Rosy's mother was just about to give birth, so Rosy had to leave her nice cosy home and find somewhere else to live.
She knew that two boy rabbits were interested in her, but she couldn't decide which one to choose. Jack Rabbit was quite a handsome lad with a sprightly hop and a pert way of sitting up straight in the field to see if the farm cats were about. Rory Rabbit, on the other hand, was a quiet, gentle, thoughtful rabbit who spent an awful lot of his time preeening his fur, washing his ears and generally keeping his burrow tidy. What to do? Which to choose?
Jack brought her an offering of sweet-smelling hay he had stolen from the farm barn. Rosy snuffled her nose into it and smelt the Summer - she was bowled over. Then Rory brought her a few new green leaves from the emerging cow parsley - her favourite. She savoured every mouthful and was again undecided. So she set them a task. Whoever made the nicest home for her would win. She stipulated that it be in the pasture, well away from where her Mum and Dad lived - she didn't want them interfering in her new life! She told them she would inspect the burrow next morning and make her decision.
Jack spent a lot of time watching out for the farm cats and left it rather late to start. The hedgerow bank has several nice terraced houses and he thought another along there would be just the thing. So he began to scratch and scrape away the soil and soon had a nice burrow - an end of terrace plot, so they only had neighbours on one side. He thought that would do, although next door on the other side there was rather a lot of rubbish - old sticks, the odd feather from where the sparrowhawk had eaten a pigeon earlier in the year, a pile of soil which he had removed from the burrow - well he would deal with those later.
Rory hopped up and down the pasture hedgerow bank. It was a nice, sheltered spot, caught the sun for most of the day, well-drained. He saw where Jack was getting his burrow ready and thought that perhaps it was a bit common to be "end of terrace" - and with all that rubbish.
Then he saw just the spot; well away from the rest of the burrows and what is more it had already got superb light-fittings over the front door. He carefully made the burrow, avoiding touching the beautiful lights, lined it with sweet-smelling hay - and as a final touch he got an acorn cup, filled it with dew and put in the first celandines of the Spring.
There was no contest. Rosy adores her light fittings, has already lined the bedroom area with soft pale grey fur and is now busy doing what rabbits do best.
(This photograph, taken this morning, shows wonderful fungus at the entrance to a rabbit hole - the rest is pure fiction.)
Posted by The Weaver of Grass at 02:56

I knew you were just kidding :-)

More blank pages turning up on blogs, just found one on "see haiku here". It's all a bit odd.

I loved your story ! What a way to start my day. You are just super.
Have a blessed week-end. Hugs~~~~Leslie

I thought I was on Watership Down for a moment! What is the sunny embankment called? Are we to look forward to more of Rosie's adventures? And all from a few toadstools!

Very good..gold star and all that!!
Thanks for your comments on mine..we are on to 'Great Expectations' now!! ;-)

Wonderful story! I could picture it so well. Great photograph, I love fungi, strangely beautiful I find them.

With those creamy-gold awnings, I think that bunny burrow looks like the entrance to a pretty swank villa!

Most rabbits taste good…but yours has good taste!

Ah Weaver...what a truly delightful tale. I love this!
Neat photo with the fungus.

What variety your blog has. History, literature, romance. I thoroughly enjoyed the bunnies. Had some Beatrix Potter floating through my imagination. Fun.

Last night we shot a fox in the garden close to the house. It felt like a terrible thing to do but one has to protect ones domestic amimals and foxes are introduced vermin who destroy whole flocks of sheep at lambing by eating the tongue of the lamb during birth, then feasting on the udder of the mother, leaving both to die in misery. Our neighbour lost 40 sheep in one night!, an utterly heartbreaking sight and trrible job to put them all out of their misery.

A lovely tail...err. tale! I sit looking out at a blizzard. I wonder where our rabbits are?

I went out to the garage last night - to get more wood. Spotted the cat with his mouthful: an ear sticking out one side, a mouse tail on the other side. Circle of life!

What a delightful story, Weaver! I hope Rosy and Rory will be very happy. Will we be hearing any more about them?

I kept waiting for the American team from Extreme Home Maker Stupid Edition to show up in their buses and do a total burrow makeover. Phew! am I relieved!

Thanks folks for the comments! There probably won't be any more adventures. I expect within a couple of days the fungi will have shrivelled to a dirty, slimy brown mess, the babies will start arriving - and keep arriving - the farm cats will patrol that hedgerow bank every night (daren't think about it from a rabbit point of view) and Mrs Fox, who already has hungry cubs, will also be on the prowl - all that without the constant threat of myxamatosis. And Scribe's suggestion of rabbit pie means there may well be a man with a gun (not the farmer I hasten to add) around there too. Such is life for rabbits I'm afraid - and for Rory and Rosy the honeymoon will soon be over.

The female always favours the male who can make light of a difficult problem. It's well-known, that is.

Very witty Dave! Trust a man to have the last word - and a very clever word at that.